When we opened the Pledge Manager in 2019, before COVID, the total freight cost for Assassin’s Creed was estimated at $ 34,500 (all amounts in this post are in US Dollars).

In April 2021, the new quote increased to approximately $ 105,000. We committed to absorbing the $70,500 surplus ($ 105,000 - $ 34,500), being aware that we would not make any profit on Kickstarter sales, but also that we would lose money. At that time, the containers were still in China awaiting ships and every day the freight prices kept going up. We then had no other choice but to ask for backers participation... 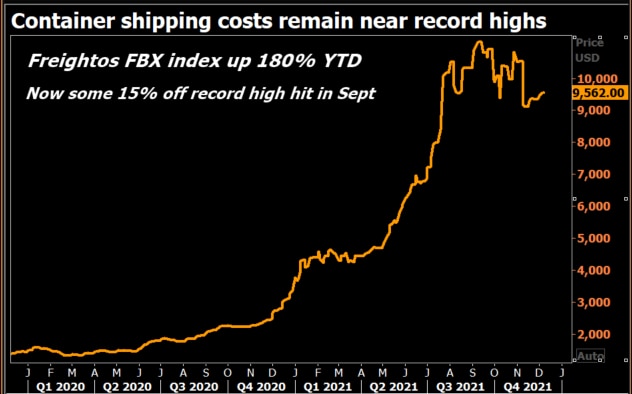 Our games traveled between June and August 2021.

This was a very stressful situation for us as a small company, with limited resources. We were hit hard because the game box was so big that 9 containers were required to move all of them. We were one of the first publishers to ask for additional money because of COVID and you do not want to be the first in this situation!

Out of loyalty to our contributors, we immediately offered to provide full refunds to those who were unable or refused to make additional payment. We would then lose around 15% of the total, because of the Kickstarter, pledge manager ad payment fees. What would happen if too many backers chose that option?!

At the time I write this post, 141 people out of 7,000+ asked for a refund, about $ 31,500 refunded in total. And we saw some tremendous support for others, like asking us to cancel their pledge without asking for a refund. We were really amazed by such kindness! The support of medias such as Quackalope and Boardgame Co probably helped a lot too. Thanks to all of you!

Could we have done something to prevent that from happening or even reduce the impact of COVID? I don't think so. Some people think that manufacturing games in Europe or North America would have prevented this and in some cases, it may have been true. But when you create games out of the norm and with plastic miniatures, there are no other options than China: they are much more open to creating custom elements for your game and all plastic pieces (dice, minis, bases, etc.) are made there. If you make simple card or cardboard games, yes, this is an option... provided there is room for you because many publishers had the same idea.